Omega-7 fatty acid, also known as Palmitoleic acid, is a class of unsaturated fatty acids. It is rather rare in the natural plant kingdom. The richest sources of this fatty acid are sea buckthorn oil and macadamia nut oil with sea buckthorn taking the crown for Omega-7 potency and the many other benefits it provides over macadamia nuts. Review our list of omega-7 sources here.

In recent years Omega-7’s have gained a lot of momentum in the natural products industry. There is a growing pool of evidence to the many benefits they provide to the human body.

Omega-7 is known for healing, nourishing, and beautifying hair, skin, and nails both internally and externally. This can be easily seen in your local natural health food stores where sea buckthorn, a potent source of Omega-7, is currently being added to many skincare, haircare, and other personal care products. Consumers and manufacturers are noticing the advantages Omega-7’s bring to the table and it’s becoming more commonplace as the new ‘it’ ingredient.

Dr. Oz did a piece on his sea buckthorn “Miracle Berry” segment referencing a study showing the benefits Omega-7 adds to a weight management routine. In the study, two mice were fed a similar high-fat diet. One was supplemented with sea buckthorn oil (which carries Omega-7) while the other was not. One mouse became quite obese and the other stayed slim and healthy. Can you guess which one? You’re right … the mouse supplemented with sea buckthorn managed his weight while the other blew up! It is thought that Omega-7 fatty acid signals the body to stop storing fat although it’s not yet fully understood why. Learn more about Omega 7 and weight loss here. 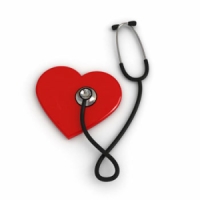 Omega-7’s have shown promising results for maintaing healthy cholesterol levels and preventing type-2 diabetes. In a 16-week study conducted on rats given Omega-7, there was a recorded decrease in cholesterol and triglycerides. For those with diabetes, Omega-7 reduced inflammation. This subsequently increases insulin sensitiviy. It also inhibited the destruction of insulin producing beta cells in the pancreas improving the body’s ability to uptake glucose.

Omega-7 is well known for nourishing and lubricating the mucous membranes so they can function properly. This may be the reason so many people, and animals as well, have found benefits in their gastrointestinal tract while taking sea buckthorn. Ulcers are commonly treated with Omega-7 from sea buckthorn oil and it has shown to be highly effective. Dr. Oz even mentioned Omega-7 for aiding those suffering from constipation as it lubricates the bowel tract to allow for easy bowel movements.