Omega 7 fatty acids are important for proper bodily functions and in the development of other body organs. It’s becoming pretty well known that Omega 7’s improve your cardiovascular system but a lesser-known fact is that this rare fatty acid also works towards maintaining proper cholesterol levels. If your cholesterol levels are above 200 you have gone outside the healthy cholesterol level zone. Read on to get back in.

Click here to learn what Omega 7, or palmitoleic acid, is all about.

Recent Research on Cholesterol and Omega 7 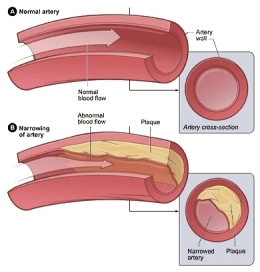 The first and only study to date to look at the effect of omega 7 to inhibit plaque formation. The effect across the entire population of animals tested was quite dramatic. Plaque was greatly reduced with a virtaul absense of accumulatio and swelling of artery walls at the aoritc root in affected animals. The study was repeated to verify the unbelievable results and they once again proved reliable.

The Cleveland Clinic study indicated that omega-7 fatty acids may be able to keep your HDL cholesterol levels right in the healthy zone where we want them to be. The head researcher was so impressed by the study data that he has started taking omega-7’s himself.

Click here to learn why macademia nuts are not the ideal Omega 7 source and why sea buckthorn is superior.

An Omega-7 study in Japan showed that palmitoleic acid reduced triglyceride levels in mice. The mice also had significant weight loss which was featured on an enormously popular episode of Dr. Oz where he promoted sea buckthorn for weight loss. Sea buckthorn is the most potent plant source in the world of Omega-7 or palmitoleic acid.

Overall the study showed palmitoleic acid reduced weight gain, improved insulin sensitivity, reduced hepatic steatosis (fatty liver), reduced triglycerides, inhibited translational production of TNF-alpha (resulting in reduced inflammatory response), reduced resistin levels (which cause high levels of bad cholesterol when raised), inhibited FAS and SCD1. This lends further credit to the multifactorial and broad mechanisms of action of this fatty acid. When comparing triglyceride effects with another study in an identical animal model, Omega 7 has shown to have 5x the potency of EPA most commonly found in fish oils.

These studies are proof that Omega 7 is pharmacologically active and is showing it has clinical significance. Palmitoleic fatty acids have broader use and may even be more potent than EPA. The positive effects on lipid profiles include: